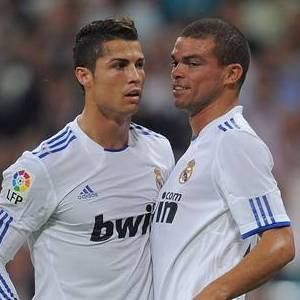 The representatives of Real Madrid defender Pepe have sensationally made contact with rivals FC Barcelona.

According to Onda Cero, the Portugal international’s representatives have been in touch with intermediaries close to Barca about a stunning move to the Nou Camp.

The former Porto defender is among the lowest paid senior players at Real and is frustrated with delays over new contract talks.

Barca haven’t rejected the prospect, with Carles Puyol now entering the twilight of his career and fellow centre-half Gabi Milito off contract in June. Sergio Ramos : I Never Had Any Problems With Jose Mourinho Dani Alves Determined To Fight Back After Malaga Howler