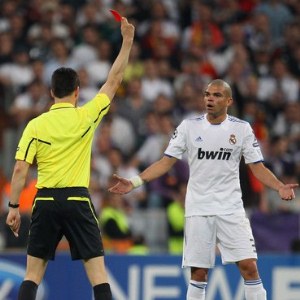 Real Madrid was sent off in the 61st minute sent off by Wolfgang Stark during the UEFA Champions League Semi Final first leg match between Real Madrid and Barcelona at Estadio Santiago Bernabeu on April 27, 2011 in Madrid, Spain.

The Portuguese international defender went in with a studs up challenge on Barcelona defender Dani Alves who immediately went rolling on the ground clutching his knees.

Replays clearly show that Pepe’s tackle was high and his studs showing. Alves on his part made the most out of the challenge and had to be stretchered off the field.

Alves later recovered quickly and was good to continue the match. 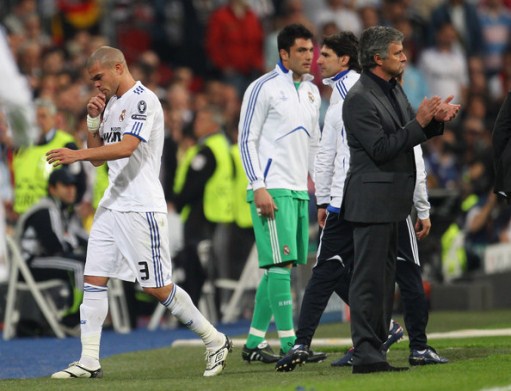