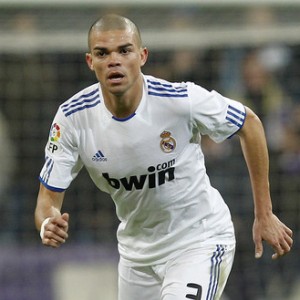 Real Madrid defender Pepe has admitted that his future with the Spanish giants remains on the line.

The Portugal international central defender however could not offer any fresh update on new contract talks, with negotiations still dragging on.

The former Porto star reportedly among the lowest paid senior players at Real and wants parity with the club’s top earners.