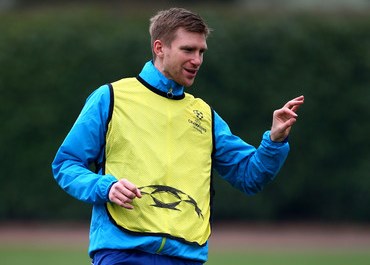 Per Mertesacker accepts Arsenal are miles away from competing for the Champions League title.

The German international didn’t pull his punches when asked how far this team was from seriously competing for the top prize.

“Far,” said Mertesacker. “Monaco were very under-estimated. But they deserved it by playing well in the first leg. We had one bad game and that was enough to get knocked out. We were missing some good fortune but we didn’t deserve it because we played so poorly in the first leg.

“It’s difficult after such a good performance to look back and think that in the first game we missed that mental level you need to compete at the highest level. You can see how good we are as a team and how well organised we can be. We need to consider that every single day in training and in games. That’s why we are so far away.”