It has been reported that Arsenal defender Per Mertesacker is delighted with his current form. 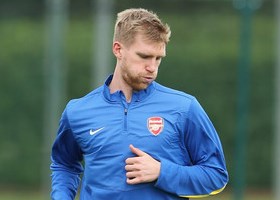 The 29 year old central defender was Germany’s matchwinner against England on Tuesday.

The former Werder Bremen defender said about his goal against England : “I was surprised that I was so free,”.

“They tried always but defensively we are quite strong at the moment and we didn’t give them too much room so it was quite hard for them to come through.

“We did a lot to make sure it was difficult for them. Germany overall are always a threat and I think we showed that.”

We Made Too Many Mistakes Against Man City! – Arsene Wenger