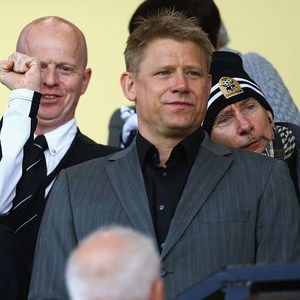 Manchester United legend Peter Schmeichel has given his backing in the Red Devil’s pursuit of Liverpool goalkeeper Pepe Reina.

It has been widely reported that United boss Sir Alex Ferguson is looking to replace goalkeeper Edwin van der Sar, and Schmeichel believes there is only one candidate.

The 46 year old Dane said : “I’m pretty sure they would go for someone like Pepe Reina from Liverpool,”.

Schmeichel has played a total of 292 matches for Manchester United and even managed to score a goal for the Old Trafford side.