It has been reported that Manchester United legend Peter Schmeichel is delighted to be again part of the club as an ambassador. 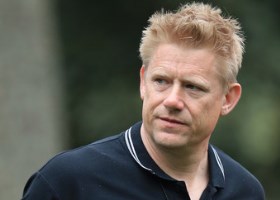 The Denmark great, who celebrates his 50th birthday on Monday, is one of a handful of ex-players who represent the club in an official ambassadorial capacity at various partner events in Manchester and across the world.

“It’s been over 14 years since I left as a player but United have always been in my heart and always will be,” he explained to manutd.com.

“I’ve been back many times, popping into the Aon Training Complex and watching games at Old Trafford, but there is a purpose to me being here now and it’s something I really enjoy.

“The club has got even bigger than I ever imagined it could be. When I first arrived [in 1991] it was a big club in England and across the world, but it wasn’t the huge institution it is today. It’s quite incredible to see how big it has become. I see that first hand in my role as an ambassador at various events for partners such as Aon.

“So many people know the club and the players, but they don’t just know about the likes of Rooney and van Persie, they know everything about the club, even the very smallest of details. When you travel to events for the club in say, Vietnam, there can be 500 to 1,000 people waiting for you at the airport or the event you’re attending. I don’t think any other club in the world has that kind of power.”