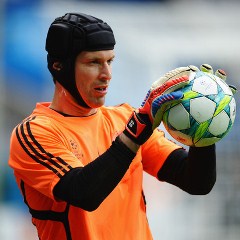 It has been revealed that Petr Cech has signed a four-year deal with Chelsea.

The former Rennes goalkeeper has played the most games as an overseas player for the club with 369 appearances.

“I am really happy to be part of this great club for another four years,” he told the club’s official website. ”

“I hope the next four years will be as successful as the last eight years I have been at the club.”