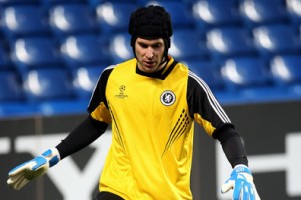 Interesting news are out and it has been reported that Petr Cech is fighting for his future at Chelsea.

It has been reported that Cech has made a few erratic mistakes despite Chelsea’s title charge and push for the Champions League and FA Cup. The feeling is he must cut out the errors quickly or be removed.

It is also said that Carlo Ancelotti will go for a replacement if Cech does not get his act together.

It is said that money will be found despite the fact owner Roman Abramovich kept his cheque book in his pocket in the January transfer window.

Chelsea’s staff genuinely hope that Cech turns his form round but they are ruthless enough to find a new shotstopper in the summer window.

Shevchenko : Fernando Torres Must Believe In Himself!