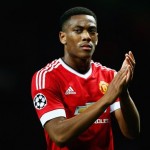 The French international striker is set to feature at Emirates Stadium, but Cech says the Gunners are ready to halt the 19-year-old’s “dream” start to life in the Premier League.

“It’s always difficult when you change clubs and come to a big club with a lot of expectation,” Cech told arsenal.com.

“Everybody wants to see what you are made of but he had a fantastic start to his United career.

“Maybe the enthusiasm and excitement of moving to the Premier League helps at the start, but then people start expecting things from you and every day they keep reminding you that you are the main goalscorer. It was obviously a dream start for him and we have to make sure that doesn’t continue on Sunday.

“We always watch footage of our opponents because the more information you get, the better picture you can have in your head during the game. If there are certain things which keep repeating in the game of any team, then it helps.

“I like to watch the players playing against me to have that idea pre-game – then you can adapt because the game keeps changing every minute.

“It’s always good to have an idea of what can happen and the main things that are repeating in your opponents’ game. If you want to organise the people in front of you, this information is the main thing for a goalkeeper to have.”