Petr Cech to be sidelined for three weeks! 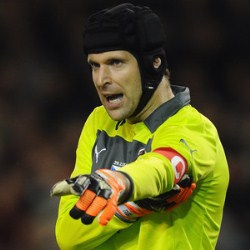 Chelsea’s woe following their shock defeat to Queens Park Rangers was deepened with the news Petr Cech faces three weeks out with a groin injury.

The keeper did not appear for the second half of Chelsea’s win over Everton on Sunday and he did not feature in the home defeat to QPR.

He had a scan on his groin which confirmed the 30-year-old will be out of action for three weeks.

In a club tweet, manager Rafa Benitez provided an update on his keeper, saying: “Two or three weeks. We are quite optimistic.”

Gibbs: Swansea game will be “one of our biggest” this season