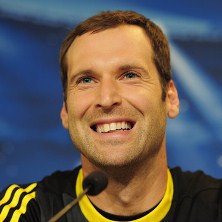 Chelsea goalkeeper Petr Cech fears a hiding by Manchester United this Sunday if they repeat their dismal performance in defeat to Shakhtar Donetsk.

The 30 year old Czech Republic international warned his team-mates that United play a similar style to Shakhtar and will be just as dangerous.

He said: “Manchester United is a similar team playing on the counter-attack, with players like Rooney, Van Persie, Nani and Hernandez.

“We know they will play more or less the same way as Shakhtar. And we didn’t deal with them well.

“We were too stretched, allowed them too much space.

“If you give that much space to players with that much ability then you will always have problems.

“That was the case against Shakhtar but hopefully will serve as a lesson for Sunday.”