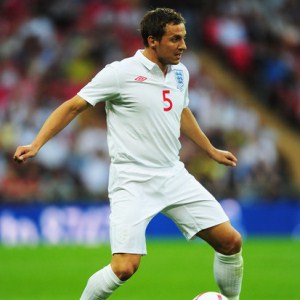 Everton defender Phil Jagielka believes that the World Cup disappointment is now behind the England players as they prepare for Euro2012 qualifiers.

The Three Lions were unceremoniously dumped out of the World Cup by Germany in South Africa but Jagielka feels that all that is behind the players as they prepare for Friday night’s clash with Bulgaria at Wembley.

“It was a frustrating time for all the lads who were out in South Africa, but we’ve put that behind us now,” he said.

“We have to do what we did in the build to the World Cup and win all our home qualifiers.

“We all know that we have to get the squad together, put in some good performances and then hopefully we will do better in the Euros.”