It has been reported that Manchester United coach Phil Neville is confident that Marouane Fellaini will prove his value.

Neville has complete confidence in his former Everton teammate. 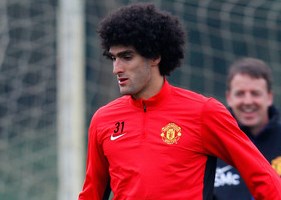 Neville told the Manchester Evening News : “We are really relaxed and we are really patient with Felli because you have seen it with players in the past like Patrice Evra and Nemanja Vidic it took them six months to settle in here,”.

“It is not just the games on a Saturday or midweek, it is the intensity of the training, the size of the club and the expectation from the fans.

“All the other things like that that go with playing for Man United it takes time to get used to. I think in the last couple of games he’s played he has looked a lot fitter, he’s looking more confident.

“As the games keep going on he will just get better and better.”

Neville continued: “What is important for Marouane now is to play well in a match that we win and he scores a goal.