Phil Neville has admitted that Manchester United need to be active in January. 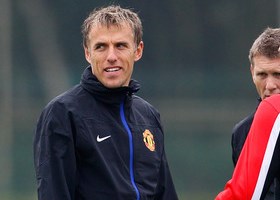 The 36 year old, who took up a spot on the United coach staff after retiring from Everton in the summer, feels that Moyes must spend if they are to retain their Premier League title.

Neville told the BBC : “In the transfer window early on in the season we were looking for players, that was well documented and that search continues,”.

“We need to keep reinvesting in the squad because if you stand still in this league you get left behind, as Manchester City found out last season when they didn’t strengthen as much and they ended up losing the league [title].”