It has been reported that Pierre van Hooijdonk has advised Manchester United striker Robin van Persie to leave Old Trafford in the present transfer window. 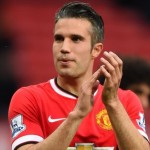 Hooijdonk claims that the club is looking to sell the former Arsenal star as the striker has failed to impress boss Louis van Gaal.

In his column for Voetbal International, van Hooijdonk wrote: “I have a feeling that his relationship with Louis van Gaal is not as good as it was when they were both having cosy chats looking at players in the stands in Holland.

“I would advise Robin to leave United this summer. All the signals are there that the club wants to sell him. So he has to get out on time.”