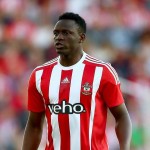 Reports are out claiming that Arsenal legend Robert Pires would like Arsene Wenger to sign Southampton midfielder Victor Wanyama.

Pires believes Southampton midfielder Wanyama, who was the subject of bids from across Europe over the summer, can be the answer to the London club’s prayers.

“Wanyama is a good ambassador of Kenyan football and has done well in Southampton but I hope he signs for Arsenal in the future,” Pires told journalists in Kenya.