Tottenham boss Mauricio Pochettino has declared that his side will not use their heavy schedule of three matches in six days as an excuse ahead of Sunday’s North London Derby clash with Arsenal. 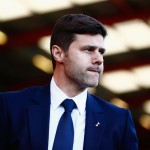 Arsenal also had a mid-week fixture, losing 5-1 to Bayern Munich in the Champions League on Wednesday.

“I don’t want to put any ideas out there that they have an advantage, but it is very difficult to play Thursday and Sunday,” Pochettino said.

“Also when you play a very tough game against a motivated team like Aston Villa, it’s one day less recovery. And it’s the same with the Europa League with one less day recovery.

“We have a young squad that runs a lot. I’m not complaining. It is not an excuse. We will be ready to compete and try to win the game.”