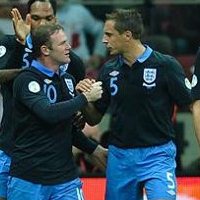 England were well below their best but managed to cling onto a precious point from their delayed World Cup qualifier with Poland in Warsaw.

Wayne Rooney’s first half goal – his 32nd for his country – was cancelled out by Kamil Glik’s header midway through the second period.

England will head into the five-month winter break from competitive action at the top of Group H – and in the cold light of day a point away to the Poles should not be viewed as a disastrous result.

But of concern to head coach Roy Hodgson will be the quality of England’s performance. This was an unconvincing display from the Three Lions, similar to some of those under Steve McClaren, and they were second best for the majority of the second half.