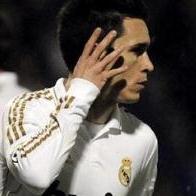 Real Madrid and Cristiano Ronaldo responded to their El Clasico defeat by easing to a 2-0 win over Ponferradina in the first-leg of the last 32 of the Copa Del Rey.

The defending champions had their 15-game winning run ended by rivals Barcelona on Saturday night, with star man Ronaldo attracting criticism in the aftermath following one of his less effective performances.

The Portugal international was back on song tonight, though, rounding things off with a goal after Jose Callejon’s opener.

Raul Albiol was sent off for Jose Mourinho’s men.

Sami Khedira Continues To Be Linked With Manchester United