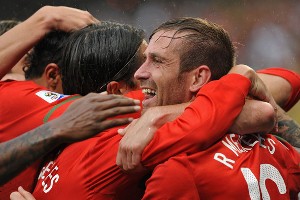 It is said that the Portugal international has attracted interest from United manager Sir Alex Ferguson as he seeks a new, holding midfielder.

According to The Daily Mail Manchester United are weighing up several midfield targets and have been offered Porto’s midfielder Meireles who is also a target for Chelsea.