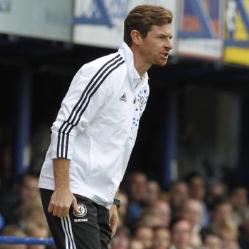 The Andre Villas-Boas era at Chelsea opened with a 1-0 win over Portsmouth thanks to an own goal from a former member of a previous regime at Stamford Bridge.

The new manager, lured from Porto over the summer for £13.2 million, witnessed a mixed performance from his side in their first pre-season friendly and Chelsea only secured the victory courtesy of a comical own goal from their former defender Tal Ben Haim, who was signed during Jose Mourinho’s reign.

Despite introducing a number of senior players at half-time, the Blues required Hilario to save a penalty from Luke Varney and were also fortunate that two rash mistakes from the goalkeeper were not punished as they held on for a maiden victory under their new boss. Frank Lampard : I Will Give Everything For England!