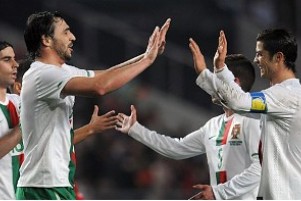 Goals by Hugo Almeida and Liedson gave Portugal a 2-0 win against China in a friendly on Wednesday, though the World Cup finalists were dogged by poor finishing and a lack of cohesion.

A lack of goals dogged Portugal for much of their World Cup qualifying campaign and they only qualified for the finals in South Africa after a play-off victory over Bosnia.

Portugal are in Group G with Brazil, African heavyweights Ivory Coast and North Korea and will have to be much more clinical in front of goal than they were on Wednesday if they are to avoid an early exit.