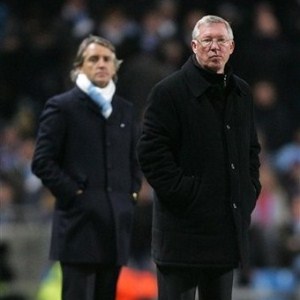 Manchester United take on their arch rivals Manchester City at Old Trafford in the second installment of the Manchester Derby for the 2010/11 season.

If you are wondering what happened in the first encounter, well it was a drab 0-0 draw which was played at the City of Manchester Stadium on November 10, 2010.

This encounter however hold more significance as Manchester City is only 5 point behind Manchester United and a victory over the Red Devils will thrust the Eastlands club ever so closer to challenging for the Premier League title.

Manchester United on the other hand will be looking for a victory to extend their lead at the top and all three points against City will see them accumulate 57 points, 7 points more above 2nd place Arsenal.

The most notable absentees for Manchester United would be central defender Rio Ferdinand who is out with a calf muscle strain. Midfielder Darren Fletcher is also out with an ankle injury together with Johnny Evans (ankle) and Antonio Valencia (broken leg)

Manchester City will have to do without defensive midfielder Nigel de Jong who is out with an ankle injury while right-back Micah Richards is a slight doubt with concussion. Italian striker Mario Balotelli has been declared 50-50 for the match and manager Roberto Mancini has said that he will exercise caution on determining whether the former Inter Milan star will be able to take part in the match.

Manchester United will be counting on Luis Nani to provide them with the ammunition and creativity against a well organized Manchester City defence. Wayne Rooney will also be looking forward to add his name to the score sheet as he slowly returns to form.

Carlos Tevez will once again be the live-wire for Manchester City and the former Manchester United striker will be going all out to claim a victory against his former employers. New multi million signing Edin Dzeko will he hoping to get a start and if Mancini decides to play him, the Bosnian international will definitely be a player to watch.

So, who do you think will win the Manchester Derby? Will it be Sir Alex Ferguson’s Manchester United or Roberto Mancini’s Manchester City? Which one of these great managers will get their tactics right?

Who do you think have the edge in the Manchester Derby? Vote now and let us know what you think. You can also leave your score prediction in the comments section below. Cheers!

Images From The Previous Manchester Derby 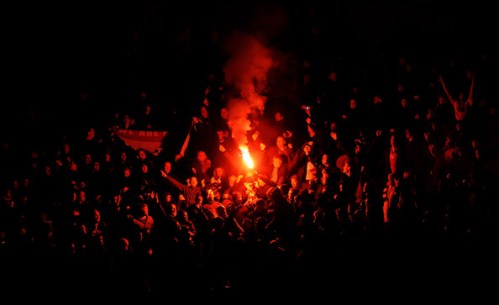 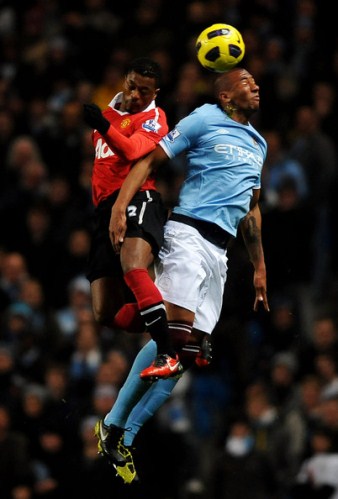 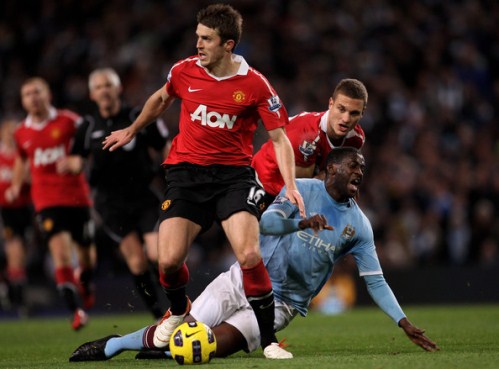 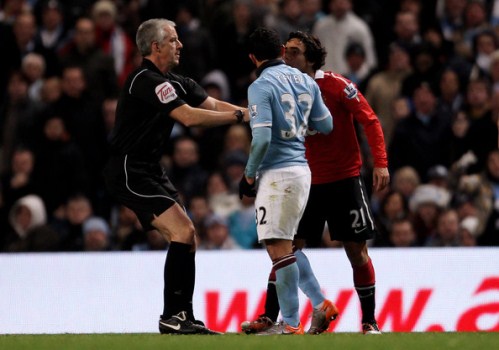 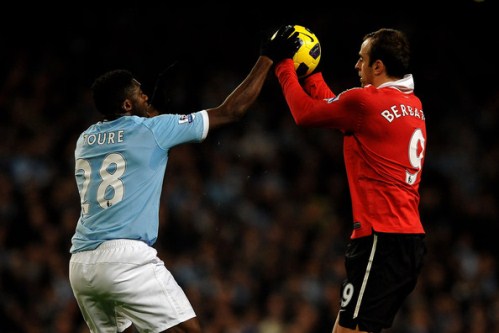 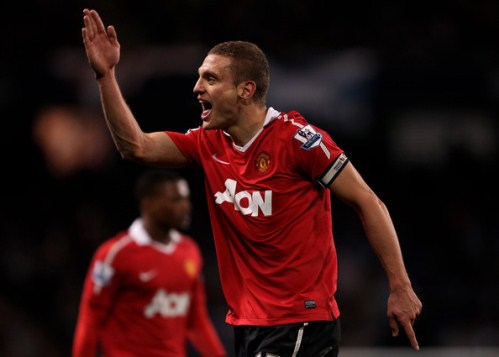 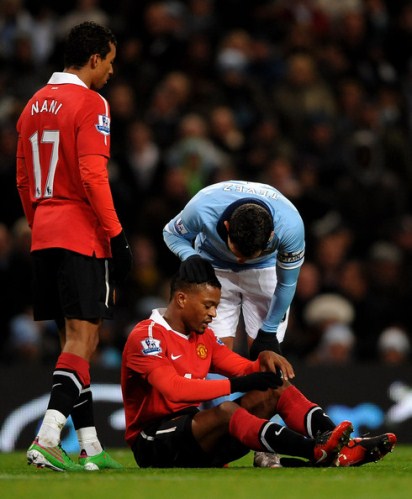 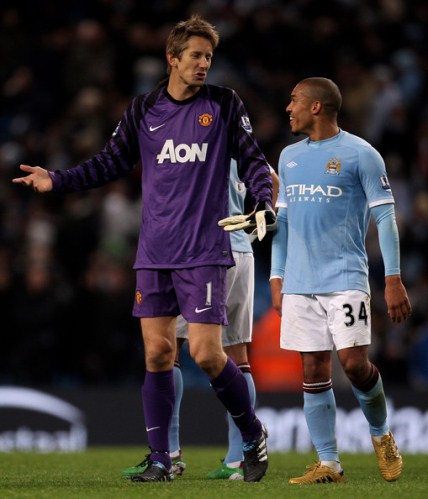