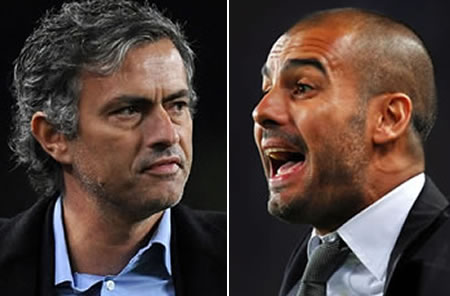 The eagerly anticipated match between FC Barcelona and Real Madrid is back. Famously known as the El Clásico, is it one of the most watched football match in the world other than the Champions League Final.

Both Barcelona and Real Madrid have met 160 times in the league since 1929 and tonight’s clash would be their 161st.

Barcelona is set to host Real Madrid in tonight’s match at the Nou Camp which will be their first meeting for the 2010/2011 season.

Barcelona manager Pep Guardiola will want to lead his team to victory against a much improved Real Madrid side now coached by “The Special One” Jose Mourinho.

Mourinho’s Real have yet to lose in competitive or friendly matches since he took the helm and, with a one-point lead at the top, the onus will be on the hosts to make the running.

So, who do you think will win this grudge match? Barcelona or Real Madrid? We at TFM predict Real Madrid to win the match with the scoreline of 3-1. Do you agree? Vote Now! You can also predict the scoreline in the comment section below. Cheers!

Watch Barcelona vs Real Madrid LIVE only on TFM.

Hulk : I Deserve To Play For Real Madrid Or Barcelona!