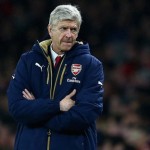 Can Arsenal sustain this form? It’s a cliche to say that Arsenal often fall apart in the new year, but that’s because they so often do.

A win today after a huge success in the week against Bayern Munich sets them up for a resurgence after a slight wobble.

They have the players to win the league, and to get further in the Champions League than the group stage, but it will remain in doubt until they do so.