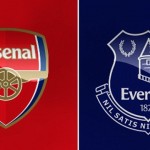 Midfielder Jack Wilshere is set for a short spell on the sidelines following a minor procedure to remove a stud in his ankle which was causing discomfort. Midfielders Aaron Ramsey and Mathieu Flamini (both hamstring) are set to train on Friday, but are not expected to be available for Sunday’s Barclays Premier League game with Everton. Mikel Arterta (ankle), Abou Diaby (calf) and Mathieu Debuchy (shoulder) all continue their recoveries.

Roberto Martinez expects Romelu Lukaku to be fit. Lukaku came off early in the second half of Thursday’s Europa League victory over Young Boys, but Martinez has played down suggestions a hamstring problem might keep the striker out of the game at the Emirates Stadium this weekend, saying he is “fine” and “trained well” on Friday. The Toffees have John Stones and Aaron Lennon – suspended and cup-tied respectively on Thursday – back available, but remain without Steven Pienaar, Aiden McGeady (both knee), Christian Atsu (illness), Bryan Oviedo (hamstring) and Tony Hibbert (knee). Arsenal’s Yaya Sanogo – I Need To Toughen Up!