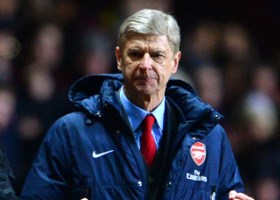 “In midfield we have plenty of quality players who you can rotate easily without really feeling ‘today we are weaker’. We have fantastic players in midfield and it always allows us to keep what we call the ‘engine’ of the team fresh. It is a real team effort. Maybe because every player in his position has a strong personality as well – you have that feeling. I would say purely on the football front it’s true that we only have excellent players in every position and that allows you to have different types of teams that can really be efficient.”

“I’ve always had a lot of respect for Arsenal as a club. It’s a fantastic club with the way they want to play football. Arsenal have got no secrets, they’ve had no secrets for the last eight years. They’re players that play. They won’t change, that’s what they are. You know what you’re going to be up against – you’re going to be up against a very good football team with some very good individuals.”