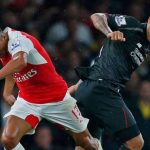 Liverpool have only won one of their last 20 away trips to Arsenal in all competitions (W1 D8 L11) and have collected just eight points in 10 Premier League games at the Emirates Stadium.

The Gunners have lost just two of their last 15 home games on opening day (W10 D3), although those defeats have come in the last three attempts.

Liverpool have scored more Premier League goals than any other team in 2016 so far (41).

Roberto Firmino has had a hand in 13 goals (nine goals, four assists) in 15 Premier League appearances in 2016 so far, including two goals versus Arsenal in January.

This will be Arsene Wenger’s 21st season in charge of Arsenal since taking the job in September 1996 – no other current Premier League manager has been in charge of their current club for more than five consecutive seasons.