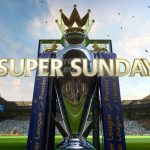 Arsenal have been unbeaten during their pre-season, finishing off their preparations with a 3-2 win over fellow title-contenders Manchester City. But it wouldn’t be Arsenal if they didn’t have an injury or two to concern them and boy do they have a few troubles as they head into the new season. Centre-back pairing Per Mertesacker and Laurent Koscielny both missed most of pre-season because of injury and international commitments, while fellow defender Gabriel Paulista was carried off against City.

As for Liverpool, Jurgen Klopp’s men head into the season opener on top of the world fresh from their incredible 4-0 demolition of Barcelona at Wembley. Liverpool lost three of their nine matches played, which according to one fan would put them second in a Premier League table based on preseason results (if you like that kind of thing)