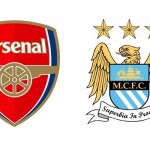 Arsene Wenger has no new fitness concerns ahead of Arsenal’s match against Manchester City, and remains hopeful Alexis Sanchez could be available for Monday.

There is a “slight chance” Sanchez could be involved, while Mikel Arteta is also close to a return, but Arsenal have been in good form in their absence with three consecutive wins following their 1-1 draw against Norwich in late November.

Sanchez limped out of that clash, but Arsenal have scored eight and conceded just one in subsequent games against Sunderland, Olympiakos and Aston Villa.

City’s injury situation is improving too, and they responded to a disappointing league result of their own, a 2-0 defeat by Stoke City, with back-to-back wins over Borussia Monchengladbach and Swansea.

The Monday Night Football clash marks the start of mini-road trip for Manuel Pellegrini’s side, as they return to Manchester to face Sunderland on Boxing Day, then visit Leicester three days later, before heading back to London to face Watford on January 2.