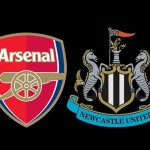 Arsenal will relish facing relegation contenders Newcastle to banish further the memory of that Boxing Day knockout delivered by Southampton.

Arsenal have not lost at home since the season’s opening day and that, coupled with Arsène Wenger masterminding victories in his last eight encounters with Newcastle, makes it unlikely Steve McClaren will turn over a new leaf to begin 2016.