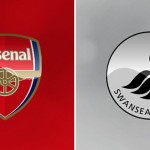 After a week to forget across three competitions, Arsenal desperately need to get back to winning ways when they host Swansea at the Emirates on Wednesday.

The optimism engendered by the dramatic victory over Leicester has dissipated dramatically as an FA Cup draw at home to Hull has been followed by a Champions League defeat to Barcelona and a Premier League loss at Manchester United – the latter seeing Tottenham and Leicester stretch their advantage at the top of the table.

Swansea have been something of an unlucky charm for Arsene Wenger since their promotion to the top flight in 2011, not only claiming four wins from their nine league meetings but often doing it with the brand of football Arsenal have made their own under their current manager.

That was not the case in October, when Arsenal were commanding 3-0 victors at the Liberty Stadium. A similar result on Wednesday will do much to ease the pressure that is growing rapidly around the Emirates.