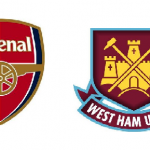 WHY IS IT WORTH FOLLOWING?

First and foremost, it’s a London derby on the Premier League’s opening weekend. The atmosphere should be absolutely electric as a result. Secondly, it features two sides with a lot of built-in intrigue at the start of this new campaign: Arsenal might just finally be back at the level where they can mount a serious title challenge. Might. The pressure will be on to start with a victory against a side who have been a banana skin to them more than once in the past. Meanwhile West Ham are hoping their first term under Slaven Bilic – and their last season using Upton Park as a home ground – is enjoyable as well as successful – especially after they criticised old boss Sam Allardyce for his style of play, even when they were over-achieving.

New signings who could appear in the game include Petr Cech for Arsenal – who began life at his new club with a Community Shield clean sheet against former employers Chelsea – and Dimitri Payet, Angelo Ogbonna and Pedro Obiang for the Hammers.