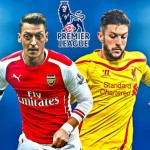 The clash between two of the country’s biggest clubs is the sort of match which always sounds good, even when the sides are at a low ebb. But with both sides having a lot to prove, Monday’s clash could be a belter.

Arsenal have had a mixed start to the season: a poor opening day loss against West Ham was followed by a hard-fought win in another London derby, this time at Crystal Palace. The Gunners are yet to justify their pre-season billing as genuine contenders.

As for Liverpool? They’ve ridden their luck a little, but have maximum points and you can’t ask much more than that – because finding a way to win, even on a bad day at the office, is the cornerstone of a good league season. But will they come unstuck against Arsenal?