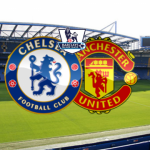 Chelsea manager Guus Hiddink says there has been no change in the behaviour of captain John Terry, who revealed he was to leave the Blues at the end of the season after the club decided not to offer him a new contract.

Chelsea v Mancheter United used to be the biggest match of the season just a few short years ago, but now the clash between two deeply underwhelming and underperforming teams looks like being overshadowed by the impending exit of Terry, one of the most divisive characters in modern English football.

The 35-year-old defender has been a regular in the side under Hiddink, with 19 Premier League starts to his name so far, after falling out of favour with former manager Jose Mourinho earlier in the campaign.

Terry, who is the club’s most successful captain, played every single minute in the league last season as Chelsea romped to the title.