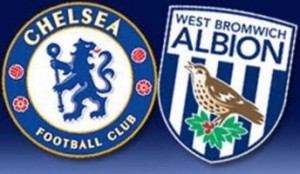 Chelsea manager Jose Mourinho has confirmed Eden Hazard will be available for selection.

The Belgium international was dropped from the squad to face Schalke after missing a training session earlier in the week but Mourinho will welcome him back in to contention.

The Blues will still be without Fernando Torres, with the forward not expected to be back until after the international break, while Ryan Bertrand is available once again.

West Brom winger Scott Sinclair is unlikely to be back from a recent hamstring injury.

Striker Victor Anichebe has fully recovered from a hamstring problem but fellow forward Nicolas Anelka is doubtful with a groin issue ahead of the Stamford Bridge clash.


Robin van Persie Will Have A Point To Prove! – Martin Keown