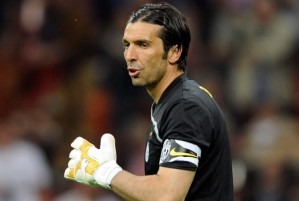 Italian newspapers have revealed that Buffon lost his patience after Juventus’s defeat to Roma on Saturday.

The Italian international goalkeeper is quoted as having said: “Always on the counter attack…that’s enough, I cannot take it anymore,” as he walked through the Stadio Olimpico tunnel after the game.

Manchester City made a move for Buffon last year, while Manchester United boss Sir Alex Ferguson is in the market for a successor to Edwin van der Sar.

It is also believed that German giants Bayern Munich are also monitoring developments.