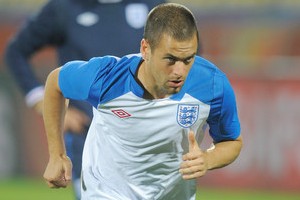 Premier League clubs are facing difficulties in signing out of contract Chelsea winger Joe Cole as he is pricing himself out of a Bosman move.

According to the Daily Mail, Premier League clubs have been staggered by the price Cole appears to have put on his own head.

It is said that Jpe Cole told Liverpool that he wanted to command the same salary as club captain Steven Gerrard, which is believed to be in the region of £120,000 a week.

Cole also told Tottenham Hotspur something similar, even after engaging in what were said to be positive discussions with Harry Redknapp.

Manchester United manager Sir Alex Ferguson has long been an admirer of Joe Cole but has recently distanced himself from the 28 year old.

Manchester United went so far as to brief journalists that Cole was not on their list of transfer targets this summer.

Arsene Wenger remains taken with the idea of recruiting Cole, recognising that his skill and versatility would suit Arsenal’s style of play.

However, an agreement has not yet been reached because the price is too high, even for someone on a free transfer.