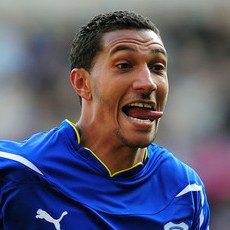 Reports are out claiming that Jay Bothroyd is ready for a new challenge and it appears that there are a number of clubs who have shown interest in the free agent.

The 28-year old striker has left Cardiff City after failing to agree a new deal with reports suggesting that he could be on his way to Scottish giants Celtic.

However, it has come to hand that Everton are also in pursuit of the former Arsenal starlet as David Moyes looks to strengthen his strike force.

Bothroyd scored 18 goals (20 in total) in the Championship for the Bluebirds last season and also won his first England cap late last year.

It is also believed that he is attracting interest from the likes of Newcastle United, Fulham, Sunderland and Birmingham City. Everton In Talks With Chelsea For Romelu Lukaku