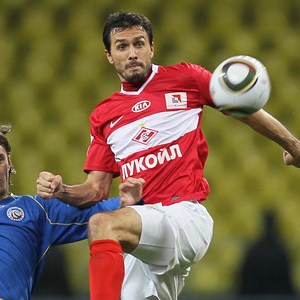 Reports have surfaced that a host of of Premier League clubs are chasing Martin Stranzl.

According to The Daily Mail, the 30 year old defender has put West Ham United, Everton and Fulham on alert after telling Spartak Moscow he is ready to quit the club.

It is believed that the former Austria centre half has fallen out of favour with Valery Karpin over the last six months as the Spartak coach has struggled to shuffle his foreign players to meet Russian Premier League rules.

The 6ft 3in defender attracted interest from England last year but was persuaded to stay in Moscow.

However, he has now asked to be released from his contract a year early.