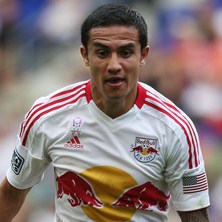 The 33-year old former Everton star is wanted on loan by a host of English top flight clubs including Tottenham, QPR, Newcastle United and Sunderland during the MLS offseason.

The Australian international joined the Red Bulls in July after eight years at Goodison Park but could very well be back in the Premier League for a month or so beginning in January.

Chelsea Midfielder Oriol Romeu Out For Rest Of The Season