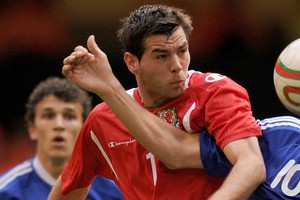 Interesting news are out and it has been reported that Everton boss David Moyes is moving for Cardiff City winger Joe Ledley.

Local newspapers report that Moyes is interested in Cardiff’s out of contract midfielder – but he faces competition from Stoke, Wigan and Newcastle in 23-year-old Wales international.

Any Premiership club would have to cough up compensation as part of a Bosman deal for Ledley.