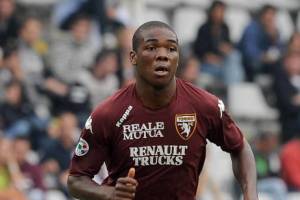 Interesting news is out and it has been reported that Torino youngster Angelo Obinze Ogbonna is being watched by a number of Premiership clubs.

After being linked with Arsenal and Manchester City already this season, it’s emerged that West Ham United also had scouts check on the 21 year old defender last week.

Ogbonna was raised in Italy, but still qualifies to play for Nigeria. He was called up to the Nigeria national football team for the 2010 World Cup Qualifiers, but has yet to commit his future to Nigeria.

On 12 August 2009 Ogbonna made his debut with the Italy U-21 national team in a friendly game against Russia.