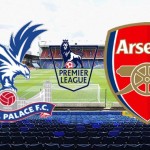 Crystal Palace have no fresh injury concerns. Marouane Chamakh is unlikely to face his former club as the striker is still recovering from a hamstring problem while Julian Speroni is also out with a finger injury. Alex McCarthy is expected to continue in goal as Palace look to build on their opening day win at Norwich last weekend.

Arsenal’s Chile forward Alexis Sanchez could start having stepped up his training this week after an extended break following the Copa America. Midfielder Tomas Rosicky faces a couple of months out after knee surgery, but Jack Wilshere’s recovery from a hairline fracture to his left fibula is on track. Forward Danny Welbeck (knee) is not yet fit. Arsenal Toughest Opponent We Could Have Had! – Jerome Boateng