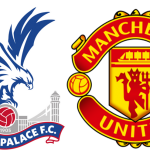 After both sides went out of the Capital One Cup in differing fashions during the week, attention turns to the bread and butter of the Premier League. Louis van Gaal will be keen to see his Manchester United side emerge from a slump that has seen them fail to score in their last two matches – but Crystal Palace have something to prove after their own run of disappointing results.

Last weekend’s defeat against Leicester City (following on from a home loss to West Ham) was followed up by a 5-1 thumping at the hands of Manchester City in the cup, leading to the first murmurings of concern among some sections of the supporters. With United now coming to town, Alan Pardew would love a positive result to steady the ship once again.

United, however, have yet to fall foul of Palace’s threat in the seasons since their promotion – unlike Liverpool, Man City and Chelsea – and have generally coped well with them in previous meetings. Currently fourth in the table, Van Gaal will not want to lose any ground on Arsenal and City in the fledgling title race.