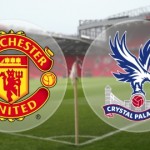 Crystal Palace manager Alan Pardew has no injury concerns. Fraizer Campbell and Marouane Chamakh are both available again after recovering from hamstring injuries while Joel Ward played 90 minutes against Chelsea last weekend, having overcome a shin complaint. Wilfried Zaha is set to face United for the first time since he left Old Trafford to rejoin Palace permanently in the January transfer window.

Several members of the Manchester United squad are doubtful for Saturday’s game at Crystal Palace because of a virus. Manager Louis van Gaal said “a lot” of players were suffering from the virus, but would not go into specifics. Defenders Luke Shaw (groin), Marcos Rojo (adductor), Jonny Evans (nerve) and Phil Jones (ankle) have overcome their respective injury worries, but right-back Rafael (rib) and midfielder Michael Carrick (calf) are out for the season. Memphis Depay Delighted To Be Off The Mark For Manchester United Ryan Giggs Convinced Man Utd Will Be Back Stronger Next Season