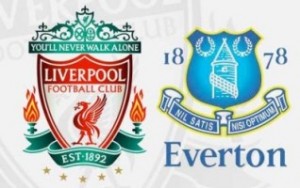 Liverpool manager Brendan Rodgers has a decision to make over whether to include midfielder Joe Allen. The Wales international missed the weekend’s FA Cup win at Bournemouth with a hamstring injury and although he trained Monday Rodgers is concerned playing him may do more harm than good. Defender Mamadou Sakho (hamstring) is still two to three weeks away from fitness while Jon Flanagan is set to start after making his comeback as a substitute at the weekend after a month out.

Everton manager Roberto Martinez will make a late call on whether to include loan signing Lacina Traore in his squad for the 222nd Merseyside derby at Anfield. The Ivory Coast international only trained with his new team-mates on Monday and has had a hamstring injury. Doubts persist over defensive quartet Phil Jagielka, Sylvain Distin, Antolin Alcaraz and Seamus Coleman as well as midfielders Ross Barkley and Steven Pienaar.