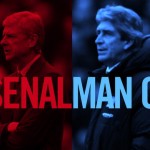 Manchester City manager Manuel Pellegrini reported a fully fit squad but was unsure whether top scorer Sergio Aguero, who returned from a seven-game absence as a substitute at Everton last week, was ready to start. The City boss said: “He is working with the squad every day so he doesn’t have any problems. We will see if he starts but he is 100 per cent fit.” Aguero will have a new strike partner next month after the club’s signing of Toure’s Ivory Coast team-mate Wilfried Bony from Swansea this week. Bony, who has signed for a basic £25million fee that could rise to £28million, will move to City when his current international commitments end. Bony is effectively a replacement for Alvaro Negredo, who left the club for Valencia last summer on a loan deal that is set to be made permanent. Pellegrini said: “It was important to replace Alvaro Negredo. When we sold we said we were going to have the decision in December after seeing these four months. “We have too many injuries so it was important to have a fourth striker.”

Arsenal’s Mathieu Debuchy is “destroyed” and “embarrassed” after his injury-plagued first season at the London club suffered another setback, says manager Arsene Wenger. The France fullback, who has started less than half Arsenal’s Premier League games since joining from Newcastle United, has been ruled out until April after shoulder surgery following last Sunday’s victory over Stoke City. “He is destroyed,” Wenger told reporters. “He is such a keen player, so professional and so willing. “It is his first year here and of course he is embarrassed. But it is not his fault.” Wenger expressed his frustration that Debuchy’s injury was caused by an unnecessary shove into the advertising hoardings by Stoke’s Marko Arnautovic. “The push was not needed,” the manager added. “Arnautovic did not have a chance to get the ball — I don’t think it was malicious but he had no chance to get the ball so I’m saying it was not needed. “It’s not obvious what his intention was, I don’t think he wanted to hurt him.” Arsene Wenger : I Will Not Put Pressure On Jack Wilshere!