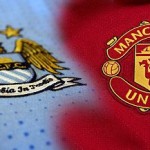 What are you made of, Wayne Rooney?

After coming in for fierce criticism for a string of below-par performances, the United skipper returns to the side following suspension with a massive point to prove. The morale-boosting draw against Chelsea suggested United are finally clicking under Louis van Gaal and we’re sure to have an even stronger indicator as to their season prospects come full-time on Sunday.

Anyone predicting an upset though should heed this ominous statistic: Manchester City have won five of the last six Manchester derbies in the Premier League by a mammoth 18-6 aggregate score. Yes, City’s topsy-turvy form hands their neighbours a real chance of grabbing something, but it still promises to be a rocky 90 minutes for the red contingent of Manchester.